Actualités Actualités Those barbarians which are our future

Those barbarians which are our future

Whenever the economy is entering a new period of change, that is every 60 or 70 years, it’s all the same. On one hand, a lot of observers underestimate or do not even see the rising wave of innovations. On the other, there are those who see it but instead of surfing on it, sound the alarm bell and flee for fear from the beach to inland. It’s a shame because these exceptional times are full of opportunities and should be rationally and strategically prepared.

Some economists claim in a serious tone that economic growth has come to an end. But based on a linear view of economic developments, this thesis suffers from a lack of thought: “economic growth has been weak in recent years and will remain so in the coming ones; innovation has been disappointing and will remain so”. This vision does not reflect the reality: the NBPIC, namely nanotechnologies, biotechnologies, 3D printing and cognitive sciences (including artificial intelligence) spread in an exponential way. The classic cases of economic history give evidence: the steam engine, the automobile or the television spread slowly at their beginning, then at a rising pace until they became quite common. Though, some people make fun of the Google Car, drones, or surgical robots the same way as some were making fun of the automobile in the early 20th century (“expensive and not as fast as horses”). The NBPIC multi-purpose technologies are coming! But there is no guarantee that all countries will benefit.In fact, it will depend on the relevance of their public policies, more or less favorable to innovation and flexibility. But the potential for change is there.

Many observers who see the change coming consider that Schumpeter is “dead”. For them, the “creation” part of the “creative destruction” is now inoperative while “barbarian companies” (as some French journalists dare call some highly innovative firms like Uber or AirBnb) maintain the “destructive” part fully operative. Since five centuries, it’s the same tale. In their time, the copiers, illuminators and bookbinders had alerted the French Government that Gutenberg’s innovation would kill jobs in the book industry. Likewise, candle makers protested against producers of bulbs, and carriage drivers against car dealers… But each time, Schumpeter has fully functioned, resulting in an increase of economic wealth and job creations. We are told that companies like Uber and AirBnb (“barbarian firms” for some French journalists) are destroying jobs. But that’s not true in a macroeconomic and intertemporal perspective. Okay, Uber is currently destroying jobs in cab services, and Airbnb in the hotel industry. But economists usually analyze what we see (the job destructions in some economic activities) AND what is not seen (or what is more difficult to see). People don’t see that the money received by Airbnb’s hosts is reinstated in the economic circuit, through their consumption. People don’t see that Airbnb’s guests eat out and visit museum more frequently than other tourists. And people don’t see that Uber will become, in many cities around the world, one of the largest employers. Some would say they are precarious jobs, because non-salaried. A better understanding of Marxist analysis should avoid such misinterpretations. Each major wave of innovation brings out new « relations of production ». The steam engine led to the salary model while the NBPIC trend promotes self-employment. These « social innovations » are not unequivocal. The salary model supposes the alienation of the working class toward financial capital holders (“exploitation of men by men”) but it’s also link to liberation of individuals from their home village, religion and family. Self-employment alienates workers to their customers but releases them from a bureaucratic organization. Our future is less dull than it appears on first analysis if we reason with wisdom. Let us reflect with wisdom, and our future would see brighter than some people think. 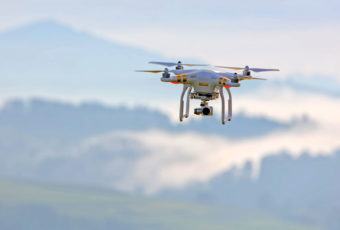 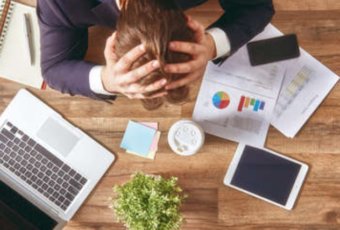